Robopocalypse is a cautionary tale of our reliance on technology 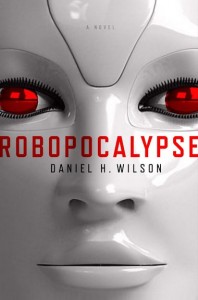 When I first read a summary of Daniel H. Wilson’s Robocalypse, I was expecting it to be like World War Z, but substituting robots for zombies. In some ways it is, but it’s a much better book.

World War Z told the story of a world overrun by zombies and how humanity fought back. Each chapter told the story of the war through the eyes of different participants as interviewed by the author. My biggest beef was that I could not distinguish one person from the next as they all spoke in the first person and seemed to be the same person.

Robopocalypse is similar, but it limits itself to a few people so the number of viewpoints is not so numerous that it becomes disorienting. Another positive result from that is that you get to see the characters develop over time and come to sympathize with them.

As the story spools out, we see mankind of the near future being attacked by the technology he has created and come to rely upon. Cars become killing machines that hunt people down if they are caught in the street. Robots get smarter and ordinary domestic appliances turn deadly. Who, or what, is coordinating these attacks?

Survivors flee the cities and regroup to mount a counterattack, minus much in the way of modern technology, against the robot forces, aided and led in large part by a band of Native Americans who must journey to Alaska for the final battle that will end the war.

I can see why this book was so popular. It’s quite a page turner and a fun read. It’s got some flaws, but nothing that can’t be overlooked in the pursuit of reading enjoyment.

Robopocalypse and World War Z are being turned into feature films. Now that sounds like a good double-feature.