I was pleasantly surprised at how good Wool… 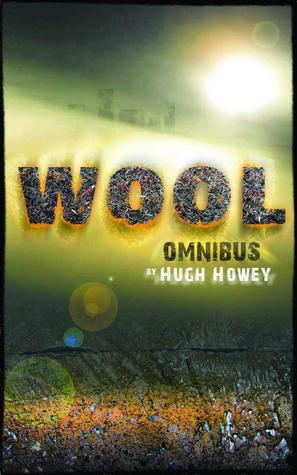 I was pleasantly surprised at how good Wool was. The self-published series of science fiction books by Hugh Howey has become something of an online sensation, but it actually lives up to the hype.

It’s quickly becoming obvious that self-publishing does not have the same stigma it did in the pre-internet era. Today, technology makes it possible for anyone with talent to find an audience for their work.

While it’s possible that great work will remain obscure online because it gets lost in the noise, I think that things that are truly great will bubble up to the top and Wool is a good example.

If you’re unfamiliar with the story, the books are a connected series of post-apocalypse stories about people who are living in an underground silo. They’ve been there so long that no one really knows how long people have been there, why they are there or what is outside.

They cannot leave because the atmosphere outside is a toxic fog that no one can survive for more than a few minutes and only then if they are in a protective suit. The only people who do go outside are those who are exiled from the silo. They don the suits, which quickly corrode, only to die within a short walking distance of the bunker.

The wool of the title refers to the scrubbers that the exiled are given to clean the video cameras that are the eyes out on to the world for the people living inside. Over time they get grubby and the image is degraded, but the cleaning temporarily improves the view. I think the wool has a second meaning as in the the wool that is pulled over our eyes.

I say this because the central mystery of the books is “what is the silo and why are they there?” Over the course of the story, the truth is revealed, layer by tantalizing layer. In some ways, it reminds me of the classic generation ship science fiction story which has a self-contained society that has existed for a long period of time, long enough that the current residents don’t really know their origins

The five wool stories are connected, but not all the characters persist through each book. The story of the silo is told through the eyes of multiple characters and different viewpoints, but they are all linked.

What is especially appealing about these books is that they really focus on the people, their emotions and their conflicts as they try to survive in this claustrophobic environment. There’s very little in the way of technical jargon or details about this future world. It’s all about the people and they are completely sympathetic as we try to imagine our own selves in such a situation.

The first few “books” are quite short, but the third, fourth and fifth more closely resemble novel length. I’d recommend reading the first one to get a taste for it, but I have a feeling you’ll want to read them all so you might as well just go ahead and buy the omnibus edition.

>I’ve read a lot of science fiction, so when I say this is one of the best I’ve read in a long time, then that’s saying something.