Discounted digital board games are the perfect last-minute gift

Looking for a last-minute gift, but don’t want to shop in person or think it’s too late to get something delivered in time? It’s not too late if you’re giving something digital because delivery is instantaneous.

One suggestion is giving video games as a gift, but more specifically video games that are the digital equivalents of existing board games. Not everyone wants to play a fast-twitch first-person shoot-em-up, but plenty of people are willing to try a relaxed board game, especially if there’s the possibility of playing it with friends online.

I’m a keen board gamer and have organized a monthly board-game meet-up with a group of friends for the past 17 years and we have never missed a month, even during the height of the pandemic. That’s because we switched to online versions of our favourite games to keep us connected.

Steam is the online marketplace where many gamers purchase and organize their libraries of PC games and while you can pay full price for your games on their site or wait for them to go on sale, there are also websites like CDKeys.com, a Canadian website that resells game keys at discounted prices.

There’s nothing illegal about the keys. Wholesalers buy them when they are on sale or using different currencies that give them a price advantage, then resell them on marketplaces like CDKeys with a markup that gives them a profit, but still lets the buyer save money

There are board games around many themes, but science fiction and fantasy ones are perennially popular, but first let me talk about the one game that has been indispensable for my group of gamers during the various lockdowns we’ve experienced during the pandemic. That game is Tabletop Simulator. 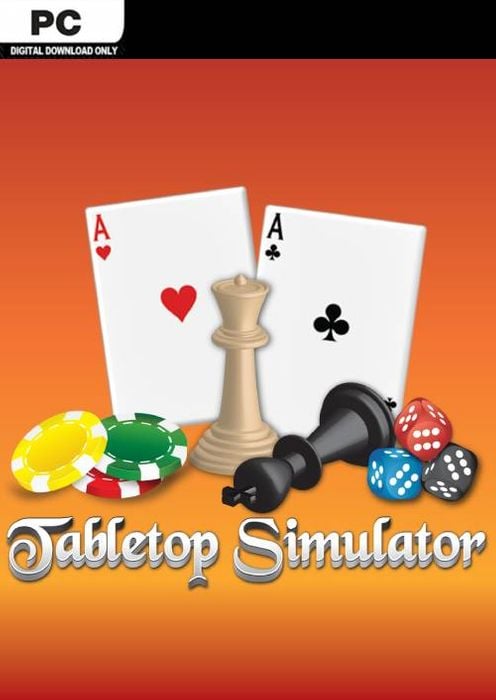 If you want to virtually play every board game ever published, past and present. or run a bunch of friends through an imaginary world during an RPG session then Tabletop Simulator is your choice. It has a bit of a learning curve, but its thriving community of players is ready to help and they have ported thousands of titles to play in TTS. There are also dozens of official games you can buy as add-ons that make this the perfect vehicle for remote gaming sessions.  My gaming group has been using it since the beginning of the pandemic with great success and enjoyment.

Try these science fiction board games 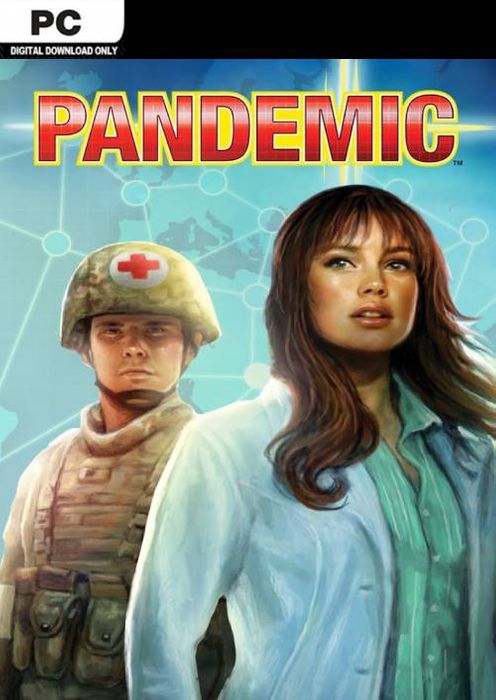 Maybe you don’t want to be reminded that we’re actually living in a pandemic, but Pandemic set the standard for cooperative board games and it is as compelling as ever as players work together, racing against the clock, to defeat a series of diseases spreading around the world.

Buy Pandemic for 61% off at CDKeys.com 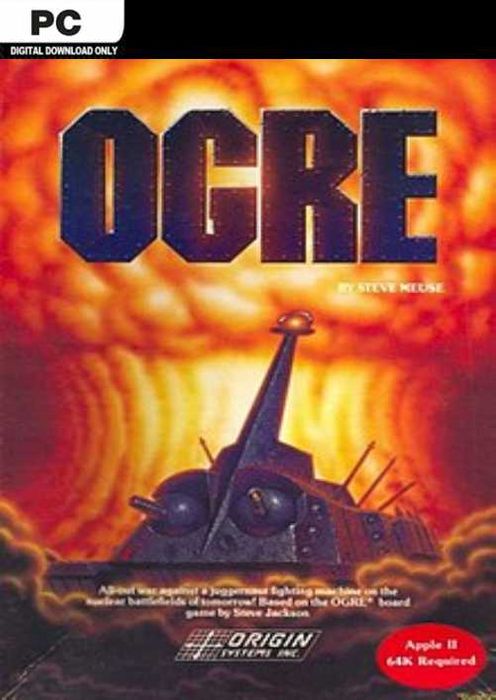 Dating all the way back to 1977, legendary game designer Steve Jackson’s imagining of futuristic warfare between armoured hovercraft, superheavy tanks, infantry, and giant cybernetic war machines called Ogres is brought into the modern ages as an exciting video game.

Buy Ogre for 87% off at CDKeys.com 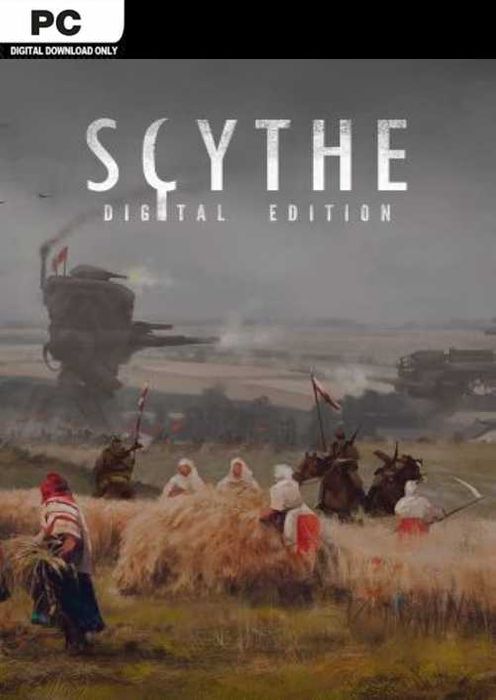 A steampunk future (past?) of pseudo-European nations battling for control of the land is the setting for a compelling and competitive strategy game that is even more fun in its digital form as a lot of the fiddly housekeeping bits are taken care of for you. Highly recommended.

Buy Scythe for 14% off at CDKeys.com 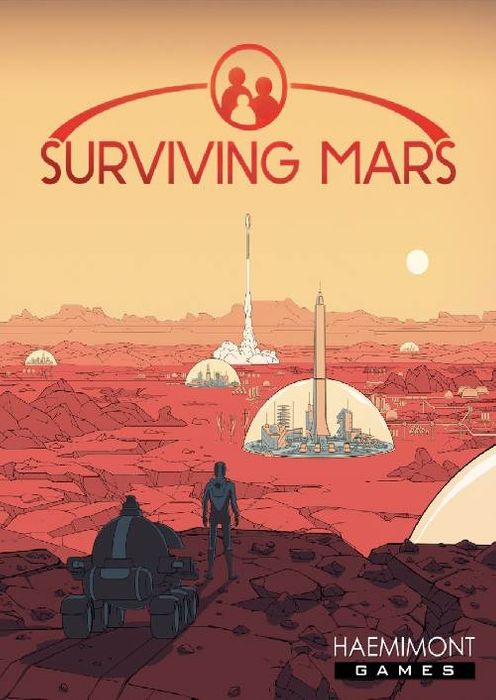 While you may never get an invitation from Elon Musk to join his Mars colony, this game lets you manage your own imaginary Martian community and there are a ton of add-ons to keep you hooked for a long time to come.

Buy Surviving Mars at 88% off at CDKeys.com 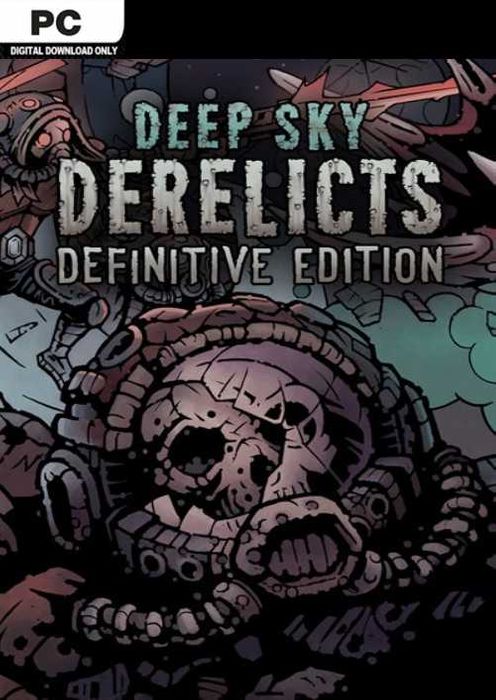 With a unique comic book aesthetic, Deep Sky Derelicts is a combination of turn-based strategy and role playing that is enriched with tactical card combat as you explore abandoned alien ships and fight monsters while you loot the ships to upgrade your gear.

Buy Deep Sky Derelicts at 44% off at CDKeys.com

Try these fantasy board games

A Game of Thrones 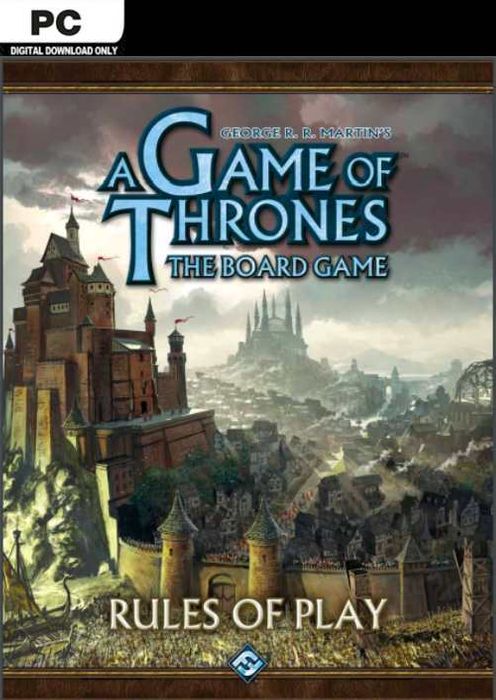 George R.R. Martin’s fantasy blockbuster gets the board game treatment in this eponymous game where different players rule competing houses that are vying for control of Westeros.

Buy Game of Thrones at 22% off at CDKeys.com 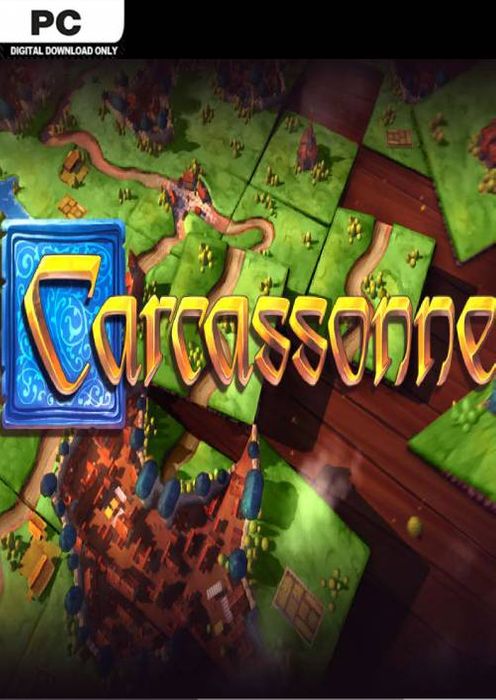 Sporting more of a medieval theme than a fantasy one, Carcassonne is an addictive tile-laying game where players draw terrain tiles from a stack that they must add to an ever-growing map but in strategic ways to generate points for themselves and deny them for others. Numerous add-ons have expanded the strategic options in this perennial favourite.

Buy Carcassonne at 43% off at CDKeys.com 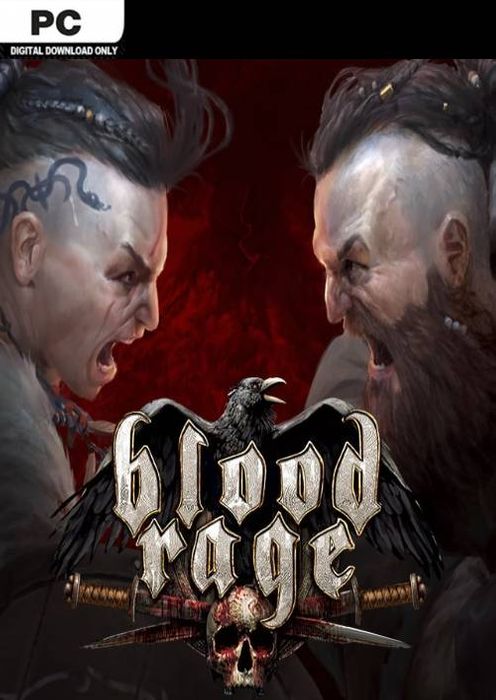 Blood Rage is the digital adaptation of the hit strategy board game where each player leads a proud Viking clan in their final fight for glory during the time of Ragnarök, the End of the World!

Buy Blood Rage at 57% off at CDKeys.com 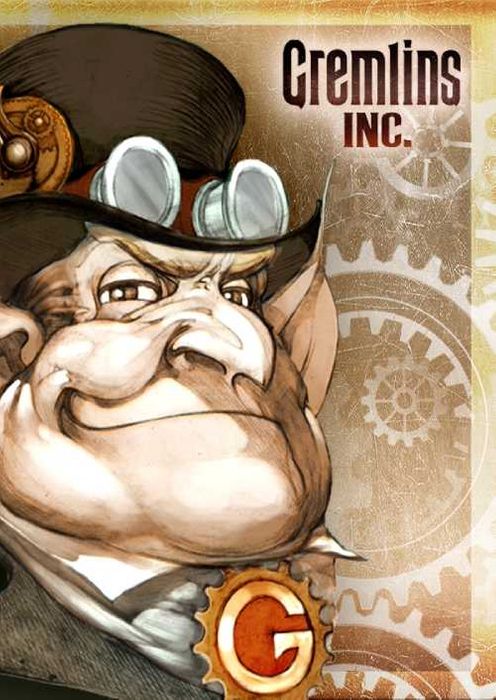 This is an intense strategy board game in a steampunk world of corrupt capitalist gremlins who compete for money, political power and prestige. Save and invest, steal and extort, arrest and get arrested – in single-player and multiplayer, with ranks and ladders, team mode and spectator mode.

Buy Gremlins, Inc. at 7% off at CDKeys.com 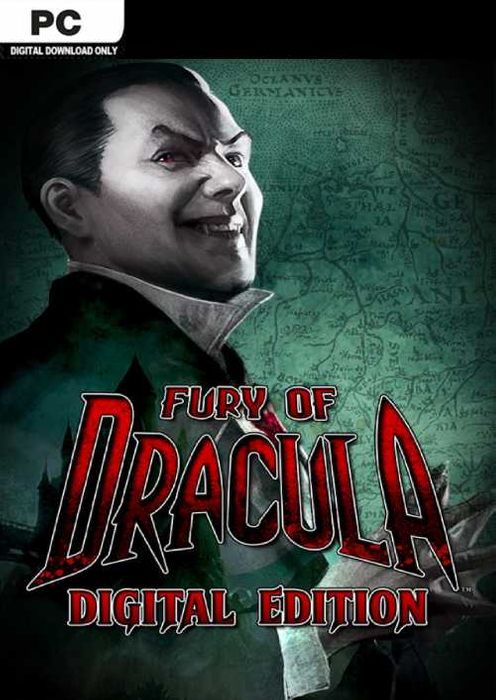 If you’ve played Scotland Yard, a game in which one player is the bad guy and the rest are investigators out to arrest him, then you’ll find Fury of Dracula to very similar, except in this case one of you is the vampire while the others are the hunters out to track him down.

Buy Fury of Dracula at 53% off at CDKeys.com 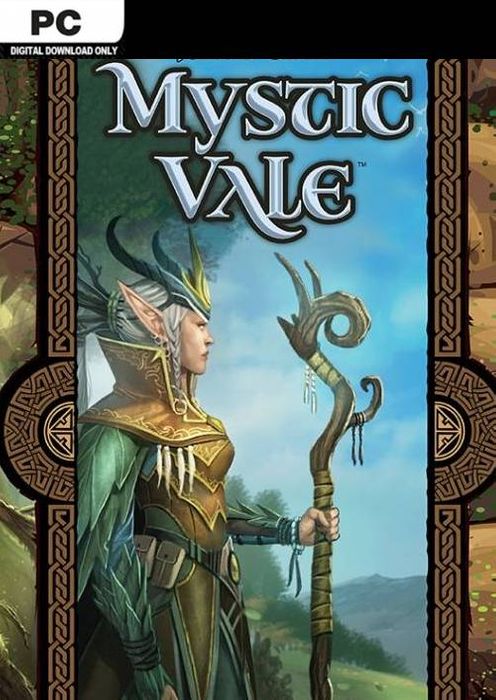 Players are druids who want to cleanse the Valley of Life by using a unique card crafting system that lets them take turns building powerful combos that help them advance their strategies in the game.

Buy Mystic Vale at 70% off at CDKeys.com 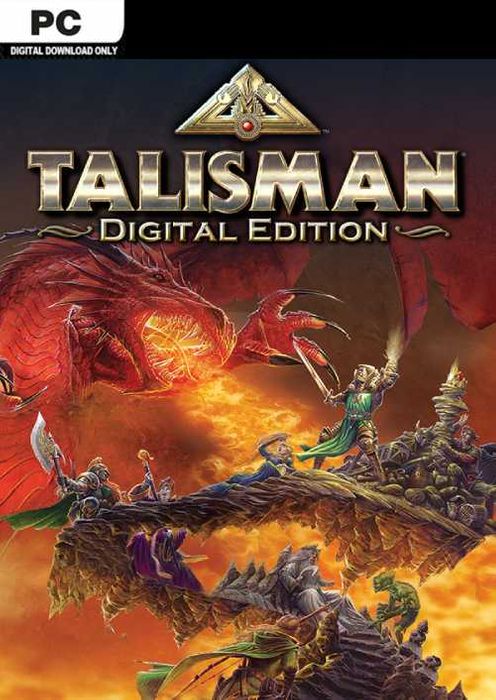 In this classic fantasy game, players are on a quest to take control of the Throne of Command in order to rule the land. They will meet monsters and challenges along the way as they all race to the top. Numerous add-ons expand the Talisman universe to make every game a different challenge.

Buy Talisman at 67% off at CDKeys.com 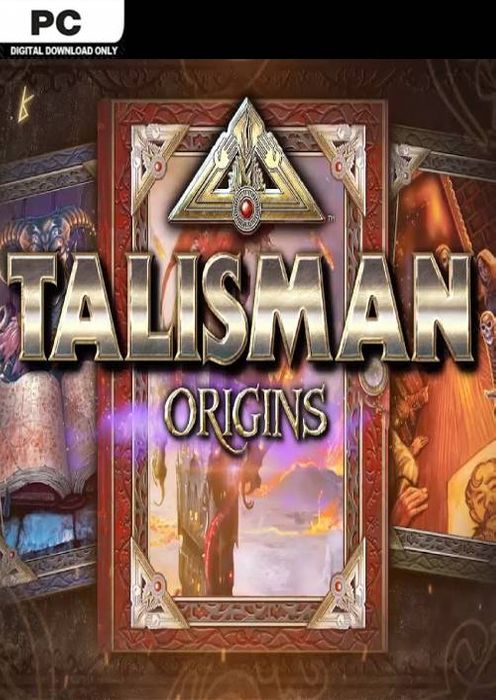 Long-time Talisman players will enjoy Origins, a game that explains how the familar game universe came about.

Buy Talisman: Origins at 77% off at CDKeys.com

The Lord of the Rings: Adventure Card Game 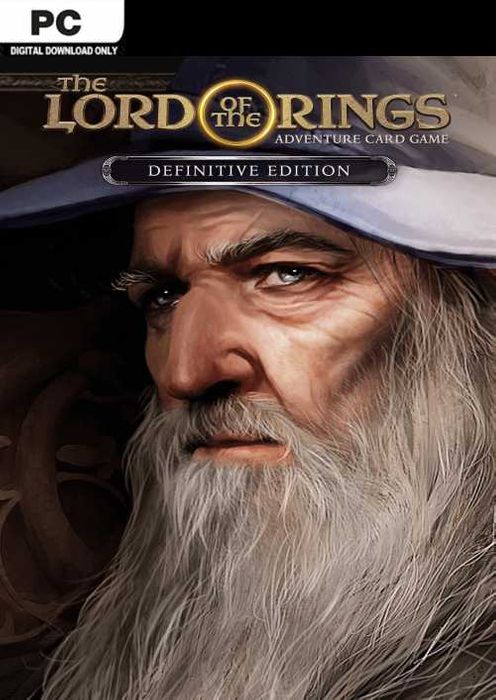 Lord of the Rings needs little introduction to fantasy fans and this engaging collectible card game will hits all the right notes as players attempt to battle the forces of Mordor in order to fulfill their quests.

Buy Lord of the Rings: Adventure Card Game at 61% off at CDKeys.com 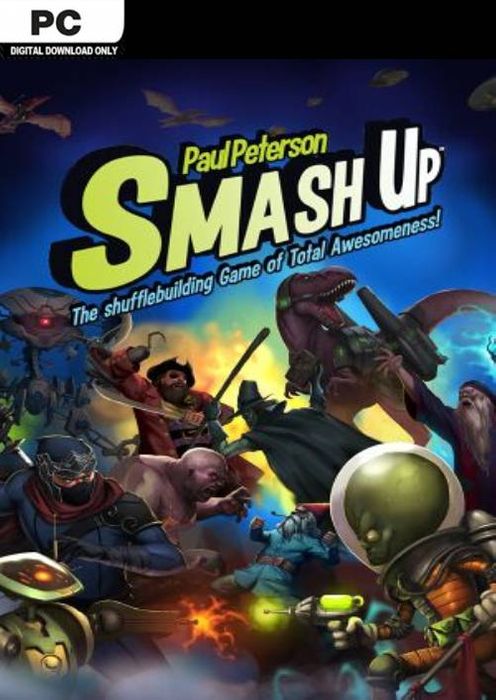 In Smash Up, players draft two faction decks from their choice of pirates, ninjas, robots, zombies, and more to conquer bases, while stopping their opponents from doing the same. Each faction has its own abilities and every combination is different, meaning there are many ways to win (and lose).

Buy Smash Up at 72% off at CDKeys.com

This site uses Akismet to reduce spam. Learn how your comment data is processed.