Dominate the universe in the best sci-fi board game ever:... 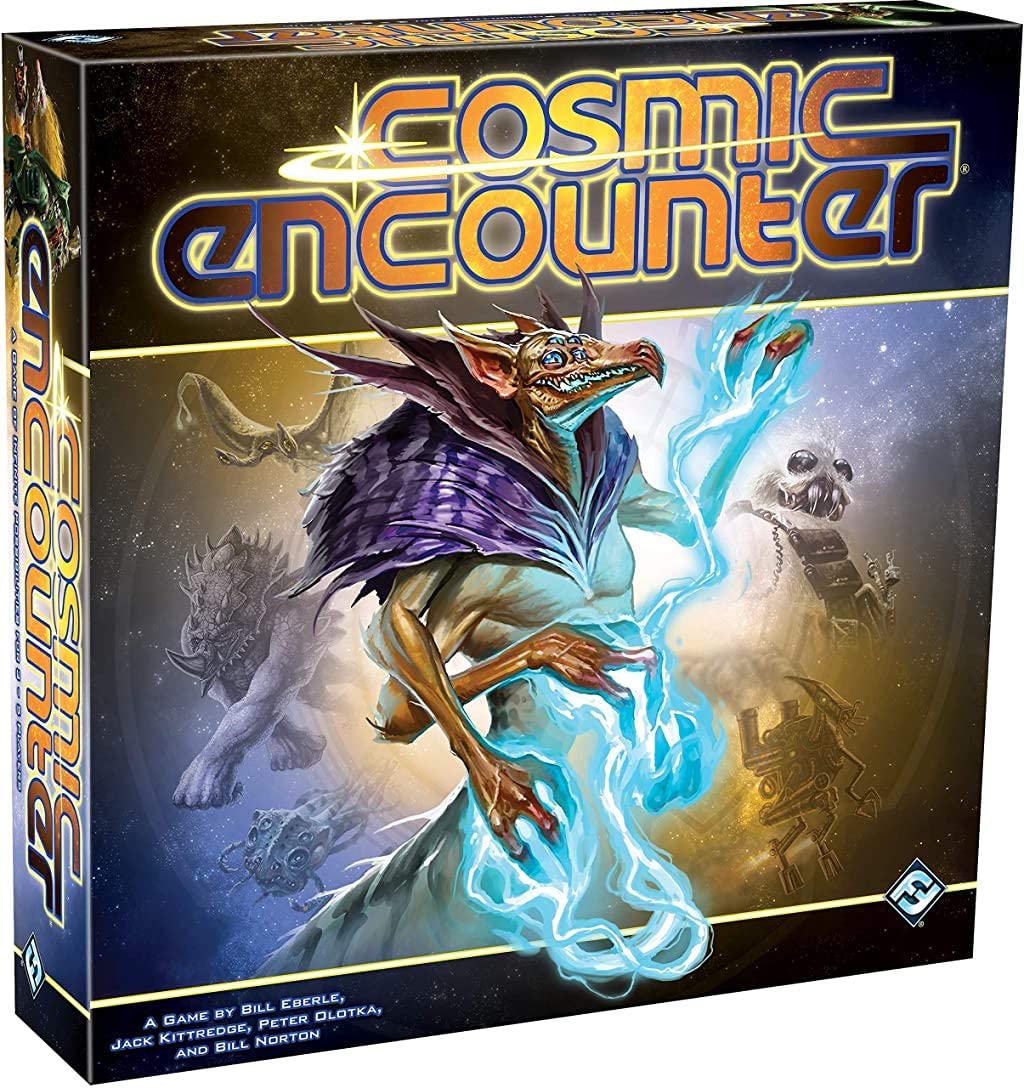 It’s hard to believe that this board game has been around for more than 40 years, but I guess its staying power is a sign that it’s fun to play. In Cosmic Encounter, you take on the role of one of the 5o species that you guide in order to Build a galactic empire.

In the depths of space, the alien races of the Cosmos vie with each other for control of the universe. Alliances form and shift from moment to moment, while cataclysmic battles send starships screaming into the warp. Each alien race has its own unique power to further its efforts to build an empire that spans the galaxy. Many classic aliens from earlier editions of this beloved game return, such as the Oracle, the Loser, and the Clone.

Newly discovered aliens also join the fray, including Remora, Mite, and Tick-Tock. This classic game of alien politics returns from the warp once more. It features 50 alien races, flare cards to boost their powers, 100 plastic ships, a host of premium components, and all-new tech cards that let players research and build extraordinary technological marvels! No two games are the same.

Click the image above or the “Check it Out” button if you want to learn more.